Celtic Woman Wiki
Register
Don't have an account?
Sign In
Advertisement
in: Past members, Musicians, Folk singers,
and 4 more

Lynn Hilary is a singer-songriter and a guitarist from Ireland. She has joined Celtic Woman since the departures of Méav Ní Mhaolchatha and Hayley Westenra. After recording "The Greatest Journey" and performing in the "Isle of Hope" tour, Lynn also recorded the Celtic Woman concert called "Songs From The Heart" with Chloë Agnew, Lisa Kelly, Alex Sharpe and Máiréad Nesbitt until Lisa Lambe took her place. She also released her solo album called "Take Me With You" and is participating in the latest tour called Emerald with Susan McFadden. 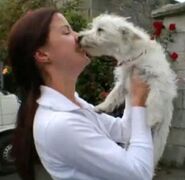 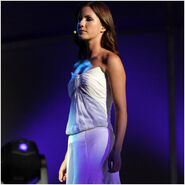